A company that has a different approach to pen testing is looking for a web app specialist tester to join them. They're way of testing differs to the other consultancies in that for starters they have their own in house tools that they are building, but that’s not the most important. Its that to do the testing you embed yourself into a developer team and you do all the security testing when they’re building the apps, meaning that jobs last longer and you get to see the vulnerabilities fixed as well.

The way they work on site is different also with 2 days a week where you get to be based at home, giving you less time away from your family if you have to travel far for the site. They tend to keep the contracts on the same site for extended periods of time as well so you’re not being pushed to travel all over to go to site but can get settled in the same place and get to know the people working there.

Requirements:
- Developer background, able to code in more than one language
- OSCP or CREST CRT or better
- Able to obtain SC

If you would like to apply for this position or for a confidential discussion about working as a penetration tester or ethical hacker contact Paul Charles at Nonstop recruitment via our website or apply online
I am the head hunter for pen testers in the UK and recruit predominantly for high security positions, many within UK central government organisations. I also deal with smaller consultancies and will be able to source that dream job for you. 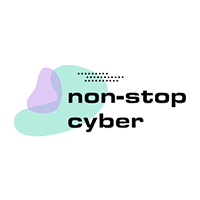