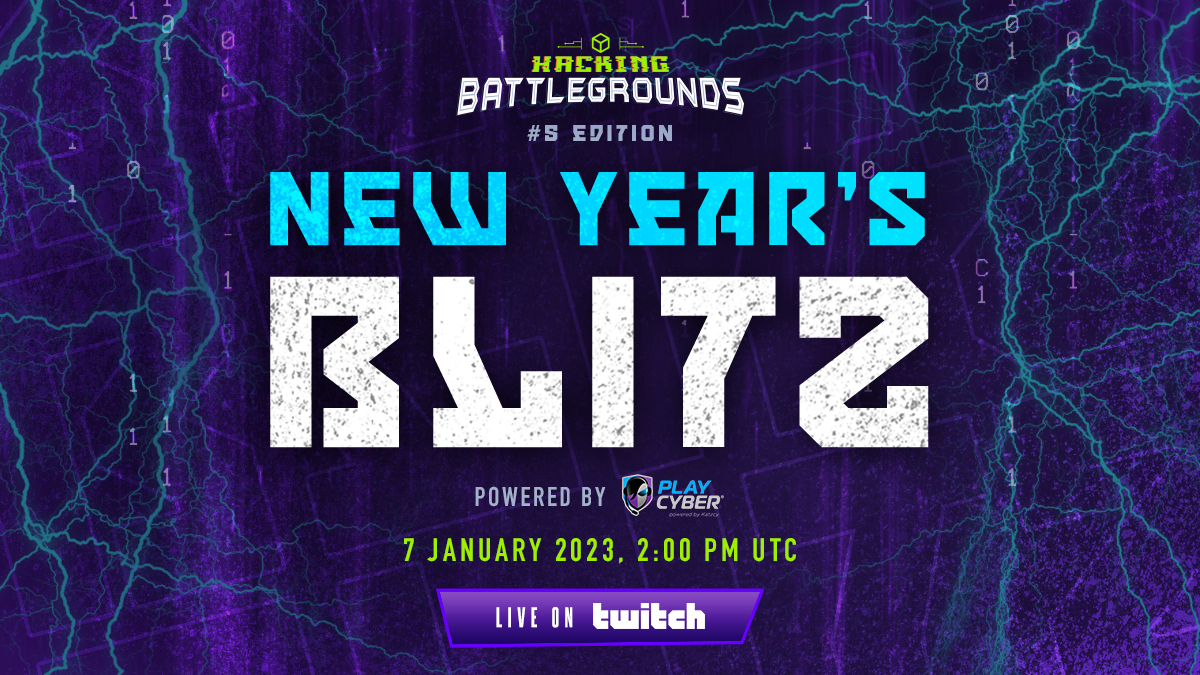 Are you ready to start the new year with the thrill of a Hacking Battlegrounds tournament featuring young cybersecurity prodigies worldwide?

Stay tuned for New Year’s Blitz! Our upcoming live-streamed hacking tournament, in partnership with PlayCyber, on Saturday, January 7, 2023 at 2 PM UTC. Join us for a competitive and intense battle between the best team of athletes from the International Cybersecurity Challenge (ICC) community, coming together to discover who will be the Grand Prize Winner. This represents HTB’s 5th Hacking Battleground Live Tournament and one of many scrimmages planned to help players from the ICC community prepare for the International Cybersecurity Championship & Conference (IC3) hosted by the United States in 2023.

Thirty-two (32) teams of four (4) players will battle for more than 3 hours until the last flag in a bracket-style, single-elimination tournament. Five rounds of play will determine which team is the grand prize winner. 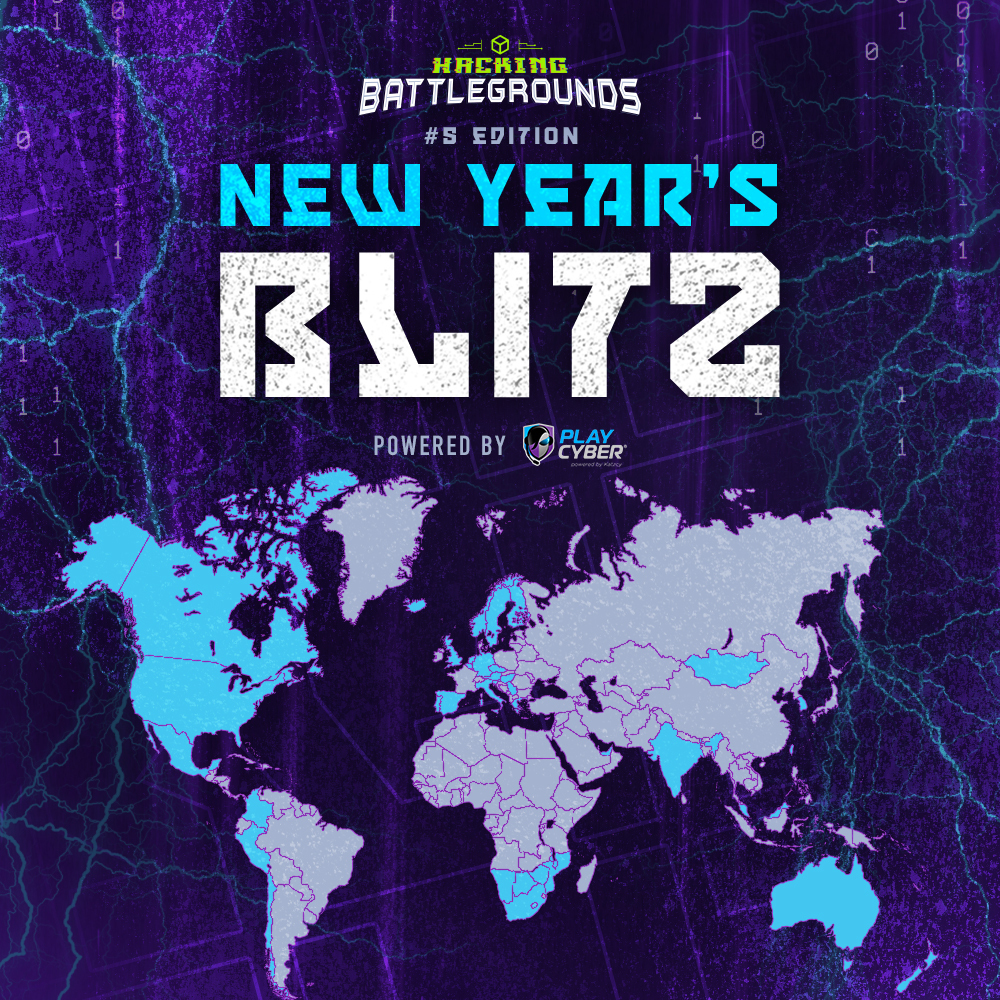 Five contents will be represented with players from the United States, Australia, Austria, Belgium, Botswana, Canada, Chile, Columbia, Czech Republic, Finland, Germany, Greece, Hungary, Iceland, India, Italy, Lesotho, Malaysia, Malawi, Mexico, Mongolia, Mozambique, Namibia, Netherlands, New Zealand, Norway, Peru, Portugal, Serbia, Slovenia, South Africa, South Korea, Spain, Sweden, Taiwan, United Kingdom, Zimbabwe, and the UAE.
The live streaming will start at 2 PM UTC on the official Hack The Box Twitch channel, hosted by our own Community Manager r0adrunn3r, and with the exciting comment from two hacking legends such as IppSec and John Hammond. After the matches, we will also take our time to ask some questions to the players, providing an inside view of the skills and teamwork required to nail these hacking competitions.

The four teams reaching the semi-finals will be rewarded with fantastic prizes provided by Hack The Box for a total prize value of more than $10,000. The prizes include:

We want to thank our partner PlayCyber for making this great tournament possible, giving a chance to skilled individuals to get together and have fun while playing Hacking Battlegrounds. We always believe that hacking is the new gaming!
“Hacking Battlegrounds are a highly effective way to learn and practice hands-on cyber skills through a fun, gamified approach. We’re seeing many players from various backgrounds and skill levels - including the next generation of cyber professionals -joining in sharpening their skills and networking with like-minded peers. Such tournaments are also an opportunity for aspiring hackers and cybersecurity professionals to grow their ‘hacking mindset’, needed to match the current threat landscape.”
- Haris Pylarinos (aka ch4p), Founder & CEO @ Hack The Box

Be sure to follow us on Twitch, and don’t miss a second of the hacking action!

Happy Hacking! We hope you’ll join us on January 7th.
The HTB Team

About Hacking Battlegrounds
What are HBG? Hacking Battlegrounds are intense, real-time multiplayer hacking games in the form of timed 4 vs 4 battles. Vulnerabilities, misconfigurations, and weaknesses usually vary, but mainly the focus is on OWASP top 10 and the latest CVEs. Each box is vulnerable to multiple vectors, and that’s why Battlegrounds are considered good practice/training for purple teamers, as players also need to patch the vulnerabilities. Most boxes are easy, and players are learning the importance of speed, especially in defense when time is crucial for operations. Play Now →